When Michael Porter arrived in the Basque Country in the 1990s, this Harvard Business School (HBS) professor, director of the Institute for Strategy and Competitiveness, and pioneer of the theory of industrial clusters, he encountered the economic situation of this territory going through traumatic moments, with the crisis and subsequent reconversion of its hitherto most thriving industrial fabric: blast furnaces and shipbuilding, steel mills and paper mills.

The concept of a cluster had just been born in the early 1990s to define those territorial concentrations of interconnected companies that spontaneously emerge around a sector, and that entail the acquisition of global comparative advantages. In the Basque Country, the work of Porter and collaborators put the focus on the energy sector – along with other powerful niche industries – which had companies that were highly representative internationally and with an important driving effect in the industrial network: Iberdrola, Petronor, Gamesa Siemens, SENER, etc. This was the extra boost that the energy sector value chain needed, a powerful network that is created naturally, and which has been strengthened and innovated since then.

Today, about 400 Basque companies, concentrated in a total area of ​​7,234 km², are part of the energy value chain. This network has a global turnover of 54,704 million euros and employs 90,998 people worldwide, of which 23,580 jobs are concentrated in the Basque Country. In the conglomerate there are not only companies but also scientific-technological agents and business R&D units. They stand out for their strong intensity in R&D and have a high level of internationalization with a presence in 69 countries.

Two tractor companies (Iberdrola and Repsol) are leading ambitious green hydrogen development projects, while other companies belonging to the energy value chain, among which is E&M Combustion, which is already carrying out the design, manufacture and implementation of equipment and systems for hydrogen installations, and / or for installations that use mixed fuels, including hydrogen.

The Spanish multinational Repsol has presented two industrial decarbonisation projects that it will develop in the port of Bilbao and its surroundings. The construction of these two plants, one for green hydrogen and the other for gas from urban waste, are part of the strategy in the energy transition, with the aim of being a company with zero net emissions by 2050. The hydrogen project Green will entail an initial investment of 60 million euros. It consists of the construction of one of the largest plants for the production of synthetic fuels with zero net emissions in the world from green hydrogen, that is, generated with renewable energy.

For their part, Iberdrola and Fertiberia have joined forces in their commitment to the sustainability of the industrial sector in a macro green hydrogen project. The companies have signed an agreement, which will activate an investment of 150 million euros for the construction of the largest green hydrogen plant for industrial use in Europe, which the companies will promote in Puertollano (Ciudad Real) and which will be operational in 2021.

Thermoelectric solar energy, also known as concentration solar (or CSP, acronym for ‘Concentrated Solar Power’) as defined by the Basque Energy Agency EVE, brings together a set of technologies capable of concentrating solar radiation and performing photo-thermal conversion. Solar Thermal Power plants transform the heat generated into electricity, and sometimes include thermal storage systems that allow better management and use of the energy captured. After the implementation of numerous CSP plants in Spain in recent years (more than 2,000 MW in operation), the market for these types of plants is located in countries with high levels of solar irradiation and forecasts of growth in energy demand: Morocco, South Africa, Chile, the Middle East, Australia …

Basque companies hold leadership positions in the technological and industrial development of parabolic-cylindrical collector systems and central tower systems. The objective is to ensure that the traction generated by the leading companies serves to promote a complete and competitive value chain that maximizes the knowledge and value generated in the national market in recent years.

The Basque Country is one of the regions in the world with the highest concentration of oil & gas companies per km². It has more than 100 companies operating in the oil & gas value chain, with a global turnover of 9,000 million euros per year in this area, of which 90% corresponds to exports. This area provides a global employment of 8,800 jobs.

Despite not currently living its best moment, due to the fall in demand caused by the Covid-19 pandemic and the energy transition, in the 2014-2020 period investments in Oil & Gas were around 4,771 million euros, According to data from the Energy Cluster, with 75% of investments in the upstream segment, highlighting the exploitation of “deepwater” fields and unconventional resources.

Wind energy has become the main source of renewable energy in recent years, with significant involvement in countries such as China, Spain, Germany or the United States. The most important challenge in this area is to promote offshore wind energy, that is, that generated in wind farms installed in the sea. To this end, specific technology is being developed with high-power wind turbines and it seeks to reduce costs by optimizing the installation, operation and maintenance processes.

The implementation in the Basque Country of an infrastructure such as the BIMEP (Biscay Marine Energy Platform), aimed at experimentation and testing of technologies and developments on marine energy, is allowing the development of the scientific-technological offer and positioning the Basque Country as an international benchmark in wave energy.

Electricity transmission and distribution are evolving towards smart grids or smart grids. The evolution to smart grids entails the incorporation of modern monitoring systems to conventional distribution networks and information and communications technologies (ICTs). Thus, distribution companies and users have data that will allow them to optimize the use of energy and make it more efficient. These are global solutions that integrate distributed generation and renewable energies, as well as supporting active demand management, all on a real-time network control and operation platform.

In this sense, the Basque Country has a powerful industrial sector that provides high value-added products and services, made up of companies that design, manufacture, install and maintain the equipment and devices that make up the electrical networks. This area has products and services of medium and high technological level, qualified jobs, high percentages of investment in knowledge generation and R&D and great market potential at a global level. The goal is to position the Basque Country as a world benchmark in the field of smart grids. Based on existing capabilities, we intend to strengthen the international presence of companies and improve their competitive position in this area.

Energy Efficiency in the industry

In order to boost energy efficiency in industry, industrial companies that compete globally are facing the need to reduce their energy costs to improve their competitiveness. This reduction in energy costs in the industry must be based fundamentally on reducing consumption and improving energy intensity (energy consumption per unit produced), through energy efficiency measures in its processes, equipment and facilities.

For this, it is necessary to increase collaboration between energy consuming companies, companies offering solutions, research entities and the public administration, which encourages companies to undertake the necessary projects and investments and facilitates their development effectively and efficiently from a global competitiveness approach to the country. The objective in this area is to stimulate the energy efficiency market in industry, facilitating contact and collaboration between energy consuming companies and companies offering solutions and promoting the adoption of support measures by the political administration. 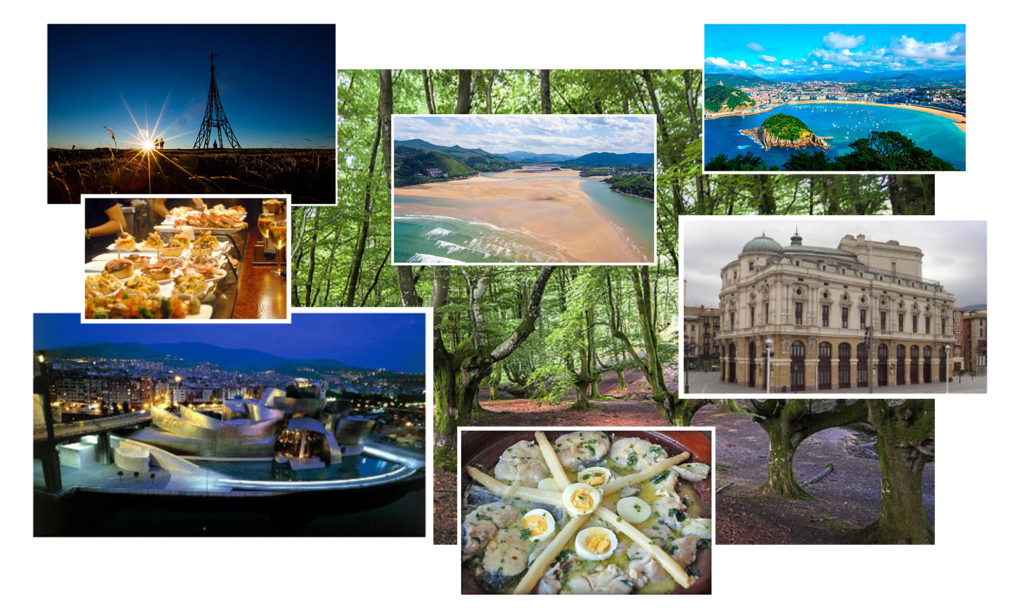 The Basque energy value chain wants to take advantage of this emerging market as a source of business opportunities and new business models. The electric vehicle is the best positioned option to massively replace traditional cars on the market in the medium and long term. This will require developing an important infrastructure for the electric recharging of vehicles. In the electric vehicle, the interests of agents from the automotive and energy sectors converge, both with a strong presence in the Basque Country. The objective in this area is to position companies that operate in the electricity sector value chain to take advantage of the development of the electric car as a new emerging market and as a source of business opportunities and new business models.

In addition, it wants to lead the generation of knowledge in the adaptation of the infrastructure and its interaction with the vehicle. Technology centers play an important role in the development of the electric vehicle and its charging infrastructure, reinforcing business initiatives through research in energy management, power electronics and storage systems.

Basque culture, tourism and gastronomy are no less relevant heritage than technological development in industrial activities and the specialization of production undertaken in the last three decades. Known for hosting two important museums (the Guggenheim Museum and the Museum of Fine Arts, in Bilbao), the Basque Country is proud of its beautiful landscapes and its traditional cuisine, which houses up to 24 Michelin-starred restaurants.