How the most energy-intensive companies prepare for Winter

How energy-intensive companies prepare for Winter. Given the rise in energy prices, and despite state aid, the list of French companies that decide to reduce their production or put their employees on partial unemployment continues to grow, according to Clémentine Maligorne in La Tribune. In industry (metallurgy, glass) as well as in equipment (swimming pools, etc.) announcements of temporary closures, production reductions or an internal reorganization of work are multiplying to limit the impact of the rise in the cost of electricity and gas.

Given these dramatic decisions, other measures are implemented as alternatives in these energy-intensive companies to improve energy efficiency: Incorporation of equipment with lower consumption, optimization of industrial facilities, substitution of gas for diesel with mixed combustion equipment or even work in night and weekend shifts, to take advantage of the time slots with lower costs.

Duralex, Arc, ArcelorMittal, Ascométal… Despite state aid aimed at supporting the most energy-intensive, the list of companies that decide to stop production or reduce their activity is growing day by day. The reason: rising energy costs. In some cases, it becomes economically vital to temporarily close or slow down while waiting to get through the winter season, which promises to be very tense in energy terms, while gas shortages threaten Europe. Many sectors are affected, especially in industry -metallurgy, automotive, glass… due to the rise in gas and electricity prices. We review the list of these companies that have already announced winter closures, or are preparing for it, for lack of anything better.

Duralex shut down for at least 4 months

Among the first companies to have publicly announced such a decision is Duralex. To save energy and preserve its finances, the glass-making company has decided to shut down its furnace for at least four months from November and place all of its employees on partial unemployment.

The company indicated in a press release in early September that it had been facing “very unfavorable financial production conditions for several months, linked solely to the price of energy.” As a large user of gas and electricity, the company consumes 150 GW of energy per year. The bill can reach up to 3 million euros in normal times. But, now that the price of electricity has multiplied by 22 and that of gas by 18, “it is impossible to produce under normal conditions”, explained its general manager, José-Luis Llacuna. “ Producing at the daily energy rate would generate unsustainable losses. Therefore, limiting our energy consumption in the coming period allows us to preserve the production and employment of Duralex.”

Production at Duralex’s historic factory, located in La Chapelle-Saint-Mesmin in the Loiret, near Orleans, will not resume until the second quarter of 2023. While its furnace is on standby, the tempered glass specialist, which employs 250 people and achieved a turnover of 23.4 million euros in 2021, it has stated that it had enough stock to continue with its commercial activity “as normal”.

Arc will occasionally use diesel instead of gas

The Arc  group will close part of its furnaces during the winter and will partially replace gas with fuel oil. “The closure of certain furnaces during the winter was decided in the face of the brutal fall in the tableware market, which in a few weeks lost almost a quarter of its value, and the dramatic increase in the price of energy,” the group said in a statement. . “From 4 to 6 furnaces out of 9 will remain in operation during this period”, specifies this world leader in tableware, based in Pas-de-Calais. To run the gas, the manufacturer intends to use punctually “diesel or fuel oil as a substitute for gas”.

Pending better times, Arc has already placed 1,600 of its employees in support and administrative functions on partial layoff since September 1 and has warned that “production workers” could also be affected in the coming weeks. Headquartered near Saint-Omer (Pas-de-Calais), the company, which employs some 7,800 people, including 5,000 in France, plans to focus its production on “innovative articles with high added value (…) as well as on optimization of industrial facilities . “There will be no layoffs but a use of internal mobility and a ” drastic reduction in the use of temporary workers “, the management warned. 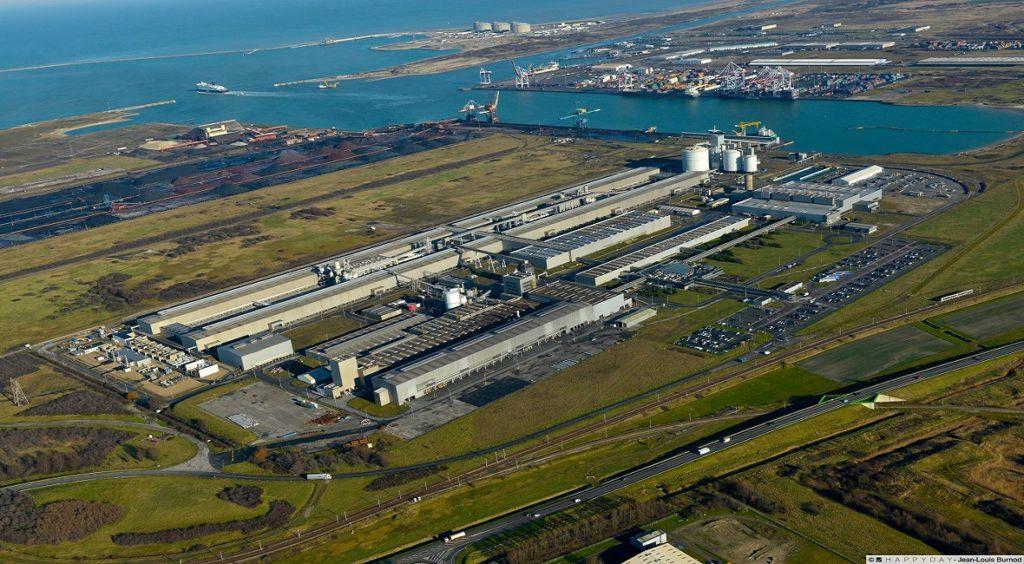 Even if rising energy prices are not the main cause, Arcelor Mittal, which is also facing a drop in its order book, is slowing production. The company announced that it would close two of its blast furnaces, in Bremen (Germany) from the end of September, as well as in Gijón in Asturias (Spain). “The high costs of gas and electricity weigh heavily on our competitiveness,” explained Reiner Blaschek, the head of ArcelorMittal Germany.

In France, one of the three blast furnaces in Dunkerque (north) has been closed since July as part of the decarbonisation of this site, and the second will be under maintenance for at least six weeks. ArcelorMittal will also lay off some of its employees for two days a month until the end of the year, due to a drop in its order book. The company has also beefed up its night and weekend shifts, union representatives told Reuters.

Since the beginning of September, Ascométal‘s employees and temporary workers have seen their schedules modified. They work more at night, on 12-hour shifts, and on weekends, when electricity rates are more advantageous. This change is planned for a period of two months. In addition, the steelworks, which belongs to Swiss Steel and employs 1,200 people in France, plans to stop its activity for two or three weeks during the month of December at its factories in Hagondange (Moselle) and Fos-sur-Mer (Bouches of the Rhône). Some employees will be placed on partial unemployment.

The largest producer of primary aluminum in France intends to reduce its production by 22% in the fourth quarter to deal with rising costs” of energy, announced its CEO, Guillaume de Goÿs. Aluminium Dunkerque, which produces some 290,000 tons of aluminum per year, is considered “electro-intensive” The company consumes almost 4TWh of electricity per year, slightly less than the consumption of a city like Marseille, which represents around a third of its operating costs. It is only covered between 70 and 75% by supplies at regulated rates from Arenh (regulated access to historical nuclear electricity). However, each ton produced at market price currently represents a loss for the company of around 4,000 euros, specifies the general director.

“As of October, we will have very significant losses if we continue production as we have done up to now,” assured Guillaume de Goÿs, specifying that without this decision, the company’s electricity bills would go from the current 40 million euros per month to 150 million euros in December, depending on expected electricity prices.

Therefore, the company will close 54 of the 264 electrolytic cells and reduce their amperage, which will directly reduce hot metal production by 14,000 tons by the end of the year. The company will slightly offset this drop by increasing the production of recycled aluminum to limit the impact of this decision on its customers.

At the moment, there is no talk of partial unemployment for the 650 employees of the headquarters. Some will be required to take additional vacations or go to training. According to Cyrille Mounier, CEO of Aluminum France, the companies that buy this aluminum to transform it are well organized and should not be too affected by the drop in production, knowing that demand remains very high.

As a precaution, the automotive supplier Lisi wants to extend the partial stoppage of its 1,000 employees until next summer, in its factories in northern Franche-Comté. The group fears a decision from “Germany that could stop all its production activities during the winter”, fears Jean-Philippe Kohler, deputy general manager of the Lisi group, quoted by France Bleu. “We are in a supply chain economy. If our customers stop demanding parts, our order chain will drop. This recession will have a snowball effect across Europe.”

All the employees of the factories in the north of Franche-Comté, in the Territory of Belfort (in Delle and Grandvillars), as well as in the Pays de Montbéliard (Dasle) and in Haute-Saône (Mélisey), could therefore still be seen affected by partial unemployment, in the coming months. They would then receive 84% of their net wages, thanks to state aid. “ This measure of partial unemployment that already takes two years, will last another year. What will happen next? the unions ask.

It is not just energy-intensive companies in industry that is being forced to adapt to high energy prices. Since the beginning of September, around thirty swimming pools managed by the Vert Marine company, awarded the public service, have been closed. The temporary closure of these thirty establishments, sometimes large aquatic complexes such as the Aquapolis de Limoges, is accompanied by the partial unemployment of personnel.

The energy bill of this public service awardee has gone from “15 to 100 million euros”, that is, “the entire annual billing of the company”. “ We find ourselves with skyrocketing energy prices and it is no longer sustainable. They have multiplied by 10. In total, 600 employees out of 2,000 are partially unemployed ”, according to France Info, citing Thierry Chaix, president of Vert Marine.

The return to massive partial unemployment?

But for the moment, the French government prefers to avoid reactivating the partial strike as it did during the health crisis. “The partial strike, for us, must be the last possibility, we will try to avoid it, and I can tell you that we are doing everything for it”, declared the delegate minister in charge of Industry, Roland Lescure, on September 5 to Franceinfo, without excluding , however, “look at specific cases”, such as “the glass industry”.

In the industry sector, however, there is much marge for improvement in terms of energy efficiency in energy-intensive companies. Starting with the use of biomass as fuel, which in many countries has not yet been sufficiently developed and which, in Spain, for example, is used mostly for heating processes in plants of the food and beverage producers themselves, with the reuse of what was previously merely waste from its production. As we have already mentioned, there is pace to reduce gas and electricity consumption bills, with the optimization of industrial plants, the adoption of equipment with lower consumption and the substitution of gas for diesel or propane, through the use of mixed burners that alternate different fuels, depending on their invoice.