Ashish Halageri: “Companies are attracted by India, but fail to offer solutions that the market needs” 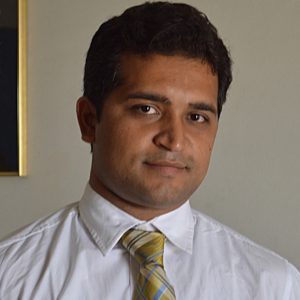 We talked to Ashish Halageri, CEO of E & M Combustion in India on the country’s needs in energy and environment and the way of doing business. He reveals us the characteristics of this market, as well as its main equipment and modernization needs and the usually committed mistakes by the companies.

–  Many Western companies want to enter Indian market, but is a little too large and heterogeneous market. In your opinion where they should concéntrate efforts?

The companies coming to India should view the country as a set of 29 countries coming under one market. With a clear focus on the value that the marketed product brings on the table to the otherwise price sensitive population. India as any progressive market is hungry for knowledge, adaptation and training. Any company that will package their products with local needs along with endurance will be able to tap this heterogeneous market.

The country as a whole is on the brink of an economic revival thanks to the majority (336 / 545 seats) that the NDA (National Democratic Alliance) government has in the Lower House. The government has launched many flagship programmes like ‘MAKE IN INDIA’ (Manufacturing), ‘DIGITAL INDIA’ (ICT), ‘SKILL INDIA’ (Skilled Force), ‘STARTUP INDIA’ (Start – Ups) etc. The government is relentlessly trying to woo foreign investors in India by the easing the norms of Doing Business and in certain sectors like Defence, Pharma, Single Retail, Broadcasting, Civil Aviation 100% Foreign Direct Investment (FDI) is possible.  It is, therefore, the right time for any company trying to enter Indian market before they miss the bus.

– What are the major industrial centers of the country?

Mumbai (Finance), New Delhi (Country Capital), Kolkata (Mining) and Chennai (Science and Technology) are the traditional choices in India. However, the cities like Pune (Automobile), Bengaluru (IT), Hyderabad (IT) have emerged as alternative to theses investment attractive destinations.

– Is it important interpersonal relationship to do business in?

Interpersonal relationship forms the crux of doing business though there is also emphasis on the product offering. However, Indians would inherently expect a bit ‘x’tra out of every solution. For Eg: You can have Best-in-Class technology in your product but your customer is bound to ask for more and expect longevity and at the cheapest price.

– In your point of view it is easier to do business in India than in China or other regions (Africa, Indonesia)?

The current government is focusing the most on improving the ease of doing business in our country (Rank 130 in 2016) and attracting FDI in India. The education and the English language is helping India to be very competitive compared to other Emerging Markets.  As on date the India is the fastest growing economy. It clocked 7.6% in March 2016. Given its potential it has to touch a double digit mark.

– Is it known enough Indian potential in Europe?

The India shining story is very well known in Europe. Today, our Prime Minister is leading face of this story. However, the endurance limits of the foreign companies to sustain in Indian market has to increase. The companies get attracted by the population of India but fail to offer the solutions that can address the market needs.

– Has UK an advantage in this country?

We were ruled by the British for nearly 200 years. The systems put forth by the English like Education, Postal, Transportation, etc are still alive and functioning. There still exists an umbilical connection between England and India in the way our democracy functions. However, like every relation India too has moved over since Independence trying to break from the genetic shackles that trapped it. Today, an English is as much a foreigner as French or American or Japanese.

– What are the biggest mistakes of Western companies in India?

Some of the biggest mistakes the foreign companies make in India:

1) Failing to adapt to local attitudes

Companies that are successful adapt themselves to the local attitudes. For e.g.: McDonalds and KFC are now offering vegetarian burgers to India as you cannot offer beef products as it hurts religious sentiments of a large base of your target audience who are Hindus.

India is a very vast country with a huge population 1.3 billion to be served with. Nearly 300 million people are below poverty in India. The GDP growth is currently the best, but have checked the realized growth rate with-in your industrial domain? The real size of the market that you are catering to might be far lesser than your presumed figure.  Patience is the key to success in India. The companies entering India have to build on whatever strength it can muster for a longer duration of the time.  Many a companies fail in the endurance test expecting a faster result.

Anyone who has sold in this country will tell you that the reality in most market segments, and especially in B-to-B businesses, is that India is one of the most price-sensitive markets in the world and many – if not most – Indian customers are willing to sacrifice long-term quality for short-term price gain.  This means pricing is an issue for all foreign companies with wealthy home markets.  A real alternative is product innovation – finding ways to manufacture your products more economically – preferably, without reducing your quality so much that you damage your brand. For Eg: VW, Renault, BMW, Mercedes all have established their manufacturing set ups in India to cater to Indian market to be more economical while being in compliance to the regulatory norms in India.

A major challenge: the environment in India

– What sectors do you think are those currently present a greater dynamism?

Information and Communication Technology, Bio-technology, E-commerce Retail, Space and Satellites Technology are able to gather much of Dynamism.  Infrastructure is not to be left far behind in terms of generating employment. For our country to achieve a two figure growth the infrastructure has to developed and the government has no choice but to focus on its growth and development.

– How do you see India in 10 or 20 years on industrial and technological terms?

If we were to believe the country is going to grow 20 times to the current 1.6 Trillion GDP. The government is trying to make India a global manufacturing hub and is relentlessly focusing on getting FDI’s in India under it’s flagship programme called “Make in India”.

– Would you say that the environment is one of the main challenges of the country?

Environmental problems have been perennial in India. With the growth of population this problem has never been addressed with seriousness at the grass-root levels. If not addressed this will be compounded exponentially. Talk about Air, Water, Land, Noise pollution we seriously lag behind the developed countries in every right. The current government is committed to Cleaner India Greener India under ‘Swachch Bharat’ scheme. However, systems and the processes needs to be placed with voluntary and involuntary support of each and every person residing in the country. Getting a quick turnaround would be a challenge on hand.