South Korea hydrogen industrial strategy becomes a key driver of economic growth and industrial competitiveness. The Korean government has identified hydrogen as a key driver of the country’s economic growth, industrial competitiveness and job creation rather than achieving climate change goals, according to analysis by Energy Rewired. This initiative of the CSIS Energy Security and Climate Change Program studies the industrial strategies of the main economies for the energy transition and how these will reconfigure the World energy map.

South Korea’s vision sees hydrogen as a potential engine of 43 trillion won ($43 billion) worth of economic growth and 420,000 new jobs. 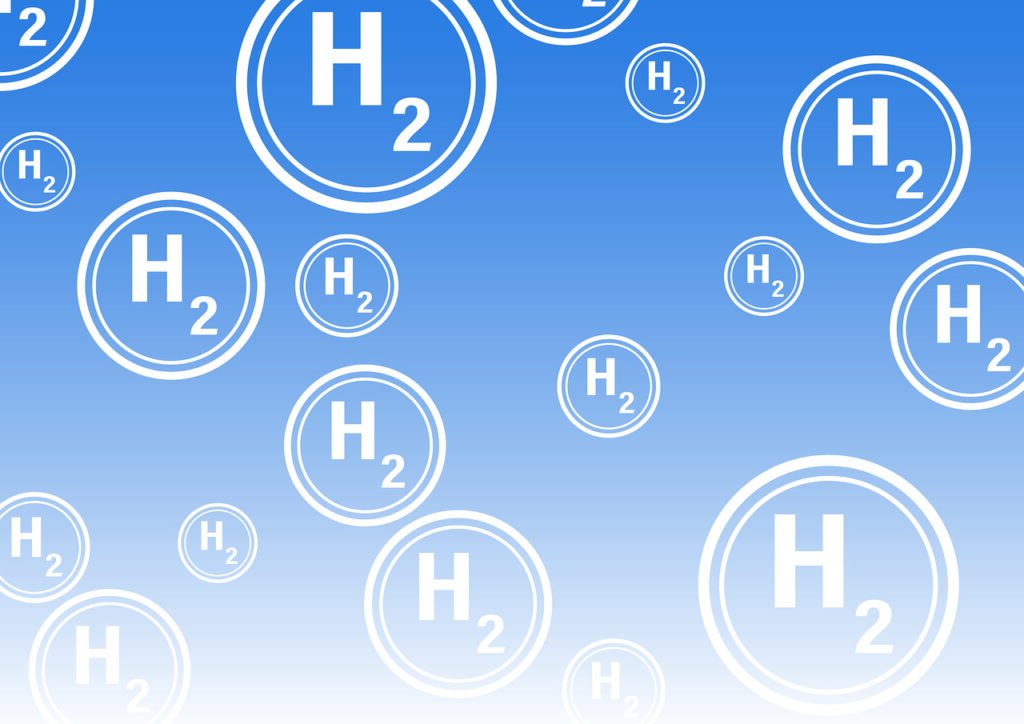 To this end, South Korea plans the third largest public investment in hydrogen after Germany and Japan, at the same time as it is beginning to develop domestic infrastructure to import hydrogen. In fact, South Korea’s state-owned utility company (KOGAS) plans to invest $37 billion abroad by 2040, which will allow it to establish renewable energy generation facilities that produce hydrogen. Meanwhile, five South Korean conglomerates have plans to invest $38 billion in hydrogen technology by 2030.

South Korea has strong goals for the use of this hydrogen that it seeks to reach by 2040. In the area of ​​consumption, the country aims to expand its annual market from 130,000 tons today to 5.26 million tons per year. For the transportation sector, the New Deal (announced in 2020) sets the target for Fuel Cell Electric Vehicles (FCEVs) by 2040 at nearly 3 million, including 2.9 million domestically made FCEVs, 30,000 fuel cell trucks and 40,000 fuel cell buses.

Already in 2020, South Korea would have led the world in the installation of FCEVs, with more than 10,000 vehicles of this type in circulation, thus doubling the national stock since 2019.

South Korea’s hydrogen industrial strategy for 2040 also involves expanding the fleet of hydrogen fueling stations (HRS). The Hydrogen Power Network (HyNet) was established in 2019 with an initial investment of $119 million to expand the fleet from about two dozen HRS in 2019 to 310 by 2022 and 1,200 by 2040. Additionally, by 2040, South Korea aims to deploy 15 gigawatts of utility-scale fuel cells.

South Korea’s New Deal made hydrogen one of its central pillars that would help the country decarbonize while also recovering from the pandemic-induced economic slowdown. The government’s vision is supported by key South Korean industry stakeholders, including automakers such as Hyundai Motors Group, whose own FCEV vision for 2030 is accompanied by $6.7 billion investment plans. 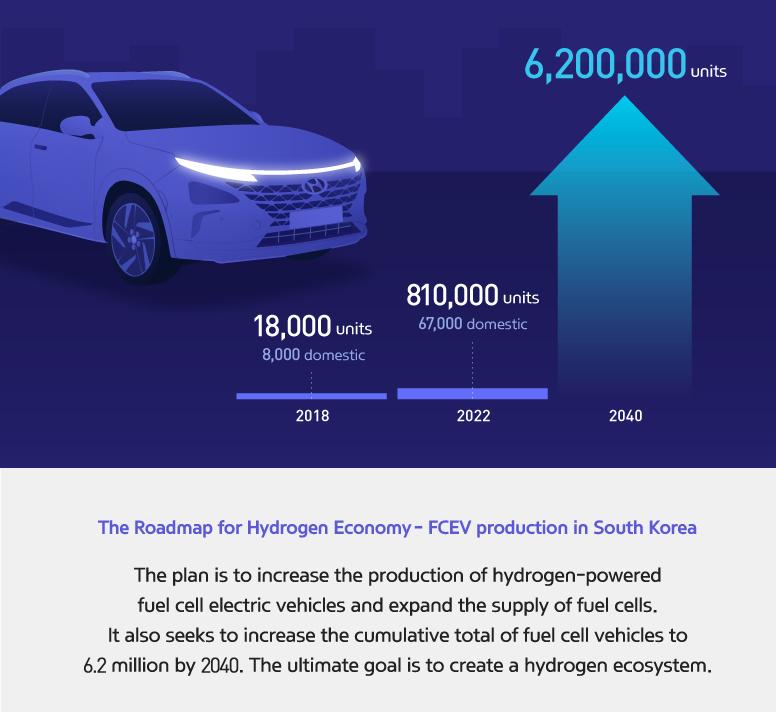 Support for the decarbonization strategy

South Korea already adopted the Hydrogen Economy Roadmap in 2019. In order to lay the legal foundation for the government’s promotion of hydrogen and the implementation of safety standards for facilities, the Koree into force in 2021, stipulates several important elements of the industrial strategy, such as support for hydrogen-focused companies through research subsidies and development (R&D), loans and tax exemptions.

South Korea’s efforts also include R&D in liquefied hydrogen storage technology and lowering transportation costs. In addition, the roadmap outlines the government’s long-term goal of building a specialized network of hydrogen pipelines across the country, while the development of hydrogen receiving infrastructure will begin in 2022. While it is estimated that around a One third of the country’s hydrogen consumption in 2040 will be based on imported liquefied natural gas (LNG), KOGAS, South Korea’s state-owned utility, plans to invest $37 billion abroad by 2040 that will allow it to establish hydrogen generation facilities. renewable energy that produces hydrogen.

Large government funding supports South Korea’s effort to develop this hydrogen economy. Spending for fiscal year 2021 is $701.9 million, an increase of 40% from 2020. In addition, the government has committed $2.34 billion to establish a public and private hydrogen vehicle industry by 2022. Currently, about half of the installation cost of HRS is subsidized by the government. Additionally, in 2019, the national and local governments provided subsidies for the purchase of an FCEV ranging from $27,300 to $30,300.

Furthermore, according to the South Korean Ministry of Economy, five South Korean conglomerates have plans to invest $38 billion in hydrogen technology by 2030. 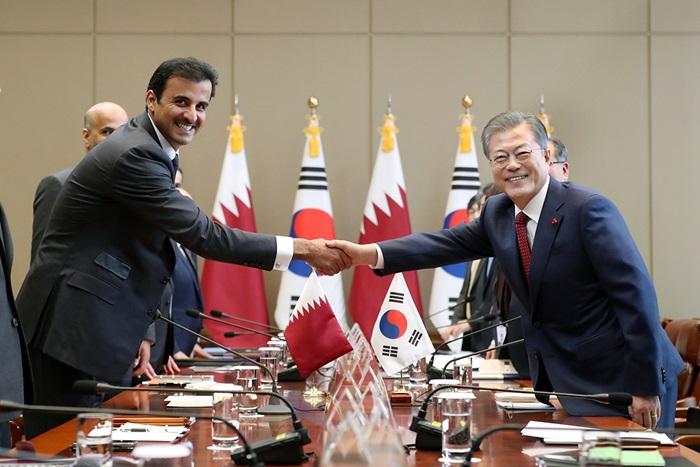 In a key step toward powering 10 percent of the country’s cities, counties, and towns with hydrogen by 2030, the Korean government identified three cities as “hydrogen pilot cities” (Ulsan, Ansan, and Wanju) in 2019. These pilot cities they will begin approving the application of hydrogen in transportation, industry, and places heating in 2022. As an example, the pilot city of Ulsan seeks to produce hydrogen from local petrochemical complexes to power buildings and refuel FCEVs and ships.

According to various reports, South Korea is exploring various projects with potential suppliers of hydrogen resources, such as Australia and Saudi Arabia. One example is Hyundai OilBank Co, which plans to source liquefied petroleum gas (LPG) from Saudi Aramco, convert that LPG into hydrogen, and ship the carbon dioxide emitted in the process to Saudi Arabia. In addition, South Korea and Norway announced in 2019 their cooperation in shipbuilding for the transportation of liquefied hydrogen.

Meanwhile, energy has risen to the top of the agenda for officials in Qatar and its international partners in recent months, as the liquefied natural gas (LNG) giant moves toward global production dominance by 2030. In fact, this matter could be discussed in the upcoming visit of South Korean Prime Minister Kim Boo-kyum to the Gulf state.

For years, Qatar has been a major source of LNG for South Korea under long-term contracts. Thus, the overall bilateral trade of Qatar and South Korea reached 5,000 million dollars in the first half of 2021 alone, which represents an increase of 29% compared to 2020. Specifically, the energy sector constitutes an important part of trade ties between the two countries, with South Korea importing approximately 38 mtpa (million tonnes per year) of LNG from both Qatar and Australia.

According to Doha News, last year, LNG shipments from Qatar to South Korea reached nearly 10 mtpa, accounting for at least 30% of the country’s energy needs, making the Gulf state the largest supplier of LNG. LNG from South Korea.

E&M Combustión is an engineering company that develops advanced combustion technologies. Consistent with its role as an international benchmark in advanced combustion technologies, the company forms part of the hydrogen value chain, to which it provides advice, design, manufacture and commissioning of Hydrogen Burners and Hydrogen Combustion Systems applied in power generation plants and in industrial processes.