Germany: stream of large manufacturers in the hydrogen sector

Siemens, Thyssenkrupp, Daimler … Stream of large manufacturers in the hydrogen sector. German industrial giants compete for hydrogen projects, with the help of German and European public funds. Last May, Berlin approved 62 investment projects, for a total of 33,000 million euros, including 8,000 million of public money.

But the challenges remain significant. Without the exponential growth of renewable energy, “we will not have enough green hydrogen capacity” to supply the entire industry, estimates Lilly Höhn,an expert at the BDI, the German industrial lobby. 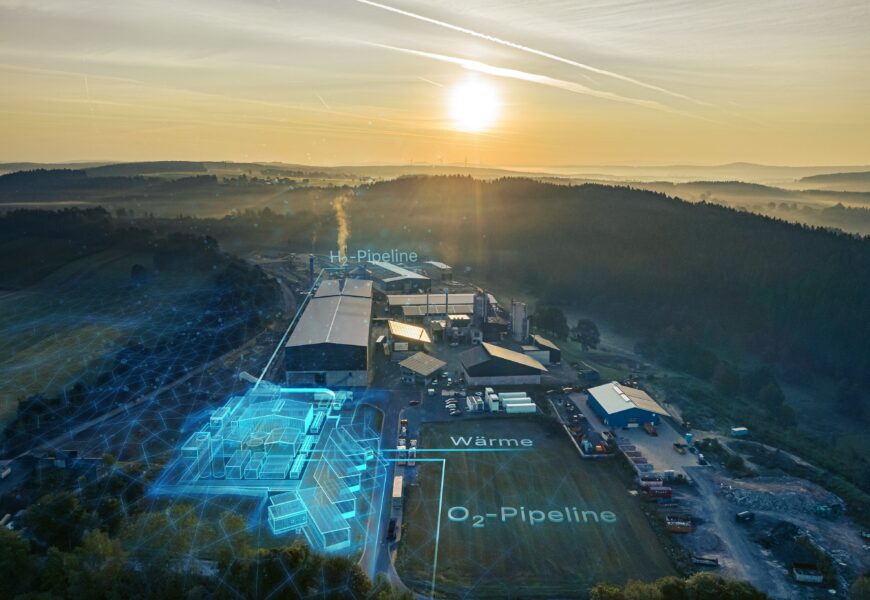 In Germany, in ten years, the development of renewable energies has been spectacular: their participation in electricity production reached 50% for the first time in 2020. It is the new trend in Germany to ensure its ecological transition. As the government tries to reconcile economic power and the ecological transition, this great challenge for the future of the country is already triggering the mobilization of the country’s main industrialists who are pinning their hopes on the development of the hydrogen sector. Chemical production, steel, transport … And it is that green hydrogen, which allows to store and transport energy from renewable sources, could decarbonize many activities in which the country is at the forefront.

And “for this to be economically viable, the current price of green hydrogen would have to be cut in half,” admits Heinrich Klingenberg. If it is not produced from renewable energy but from fossil fuels, hydrogen is “gray”, the overwhelming majority of current world production. However, according to a report by the German parliament, the cost of “green” hydrogen reaches an average of 16.5 cents per kilowatt hour in Europe, that is, three times more than “gray”, while the price of electricity in Germany is already the highest. in the EU.

For this reason, Angela Merkel’s government released nine billion euros last year, as part of its post-pandemic recovery plan, to become “world number 1” in the sector. The avalanche of large manufacturers in the hydrogen sector has not been long in coming. And the deployment of industrial hydrogen at the service of the energy transition is one of the issues that has achieved consensus among the main candidates for chancellor, who will lead the post-Merkel era.

Germany is running out of time: it has recently had to raise its climate targets, and now the country aims to achieve carbon neutrality in 2045, compared to 2050 that it previously considered, following a decision by the Constitutional Court that criticized the lack of ambition of public authorities. At the same time, Germany will close its last nuclear power plants at the end of 2022 and wants to phase out coal by 2038, a big challenge that requires the development of renewable energy.

“Green hydrogen (…) will continue to be a scarce and expensive resource,” summed up the advice of climate experts, a public body under the Ministry of the Environment. Therefore, in the short term, Germany will have to import hydrogen on a large scale to meet its needs and help create an international market. The country plans to invest two billion euros in “partnerships” abroad

Berlin is looking at North Africa in particular, where the solar potential is considerable. At the end of 2020, the government released 90 million euros in aid to develop facilities in Morocco. But for many manufacturers, this will not be enough: they advocate the development of “blue” hydrogen, in particular from natural gas, associated with carbon storage technology.

This path has not yet been adopted by the government, because the impact of this technology on global warming remains controversial. The development of “blue” hydrogen could “delay the actions necessary to truly decarbonize the economy,” the council of climate experts warned. 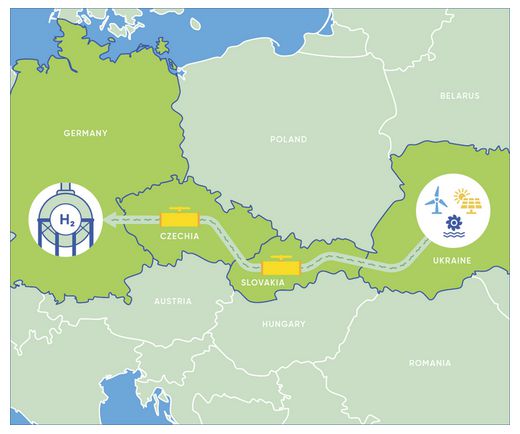 In this context, four Central European gas infrastructure companies have come together to develop a hydrogen highway through Central Europe to transport up to 120 GWh per day of pure hydrogen by 2030. The approach of the joint initiative, called Central Europe Hydrogen Corridor, is to develop this “highway” in Central Europe, from Ukraine through Slovakia and the Czech Republic, to hydrogen demand areas in Germany and other parts of the EU.

Participating companies include Eustream (the Slovak gas TSO), the Ukraine gas TSO (GTSOU), Net4gas (the Czech gas TSO) and OGE (a German gas TSO). “We are ready to prepare our infrastructure for hydrogen and thus contribute greatly to the EU’s decarbonisation targets,” Eustream CEO Rastislav Ňukovič commented on Thursday 23 September.

Meanwhile, Eustream is also partnering with Germany’s RWE infrastructure and supply and trade operators, EP Infrastructure (EPIF) and NAFTA, to jointly explore the potential development of blue hydrogen production facilities in eastern Slovakia. To this end, the companies have signed a memorandum of understanding. “By 2023, our goal is to be technologically ready to accept hydrogen blends of up to 5% in our system and in the future we plan to dedicate one of our pipelines to the transmission of pure hydrogen,” Ňukovič said on Friday.

The German government published its Ordinance on the allocation of other energy production areas in the Exclusive Economic Zone (SoEnergieV). It will go into effect next week, allowing it to test hydrogen production from electricity offshore. “Until now, electrolysis for hydrogen production has only been carried out on land. Companies and industry will now have the opportunity to use and test electrolysis offshore for the first time, ”the Federal Ministry of Economy wrote in a statement on Friday, September 24.

The ordinance specifies the criteria according to which areas of the North Sea Exclusive Economic Zone will be allocated for offshore hydrogen production.

Contribution of Capital PV-Magazine and agencies

In the hydrogen sector, Basque engineering E&M Combustión contributes its technology and experience in the field of industrial combustion and in hydrogen combustion systems, specifically, to which it provides advice, design, manufacture and commissioning of Burners. of Hydrogen and Hydrogen Combustion Systems in power generation plants and industrial processes, consistent with its role as an international benchmark in advanced combustion technologies, and its experience in this area.

“Due to their relevant role in the energy transition, our hydrogen burners are already operating in chemical and petrochemical plants, allowing greater efficiency of the boilers and reducing emissions”, says Iñigo Béjar, general director of the company.