France invests to be a leader in decarbonised hydrogen


“We are registering a very strong momentum, not a day goes by without us talking about hydrogen”, Philippe Boucly congratulates himself on the prosperous period that the French hydrogen sector has been going through for several months, or even years. The president of France Hydrogène gives as an example the number of members of his association that has grown from 120 in 2019 to 450 today, from large groups to start-ups and SMEs, including local authorities.

To illustrate the development of French hydrogen, it is enough to go back to the beginning of the first term of Emmanuel Macron. Five years ago, the Minister for the Ecological and Inclusive Transition, Nicolás Hulot, planned an investment of 100 million euros in the development of this energy. Four years later, the head of state increased the endowment of his hydrogen plan to more than nine billion euros in ten years as part of the France 2030 project to reach an installed power of 6,500 megawatts in electrolysers on that date. 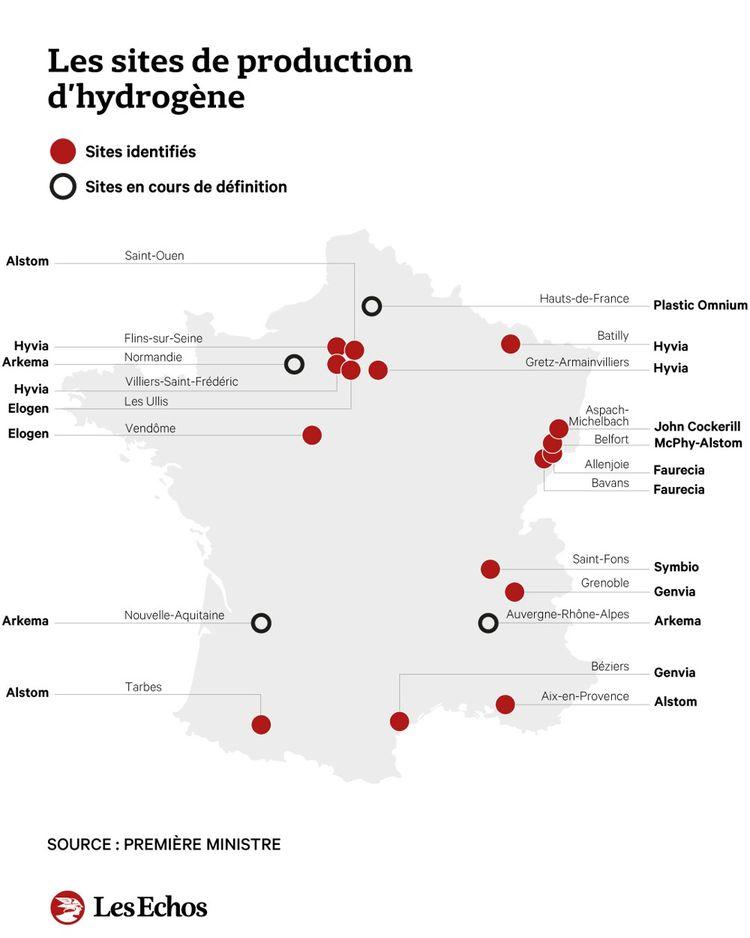 France invests to be a leader in decarbonised hydrogen. And now we know more about the projects that will benefit from this endowment. This summer, the European Commission announced the 41 winners of the first PIIEC (Important Projects of Common European Interest) program dedicated to hydrogen in transport and called “Hy2Tech”. Ten of them are French and will thus benefit from state financing of 2,100 million euros, to which must be added 3,200 million euros of investments from private agents.

These “gigafactories” will be installed in seven French regions, throughout France, and will generate more than 5,000 direct jobs according to figures reported at the end of September by Elisabeth Borne. They are specialized in the production of equipment around this “energy of tomorrow” such as electrolysers (McPhy, Elogen, John Cockerill), hydrogen tanks (Plastic Omnium, Faurecia), means of transport (Alstom for trains or Hyvia, Renault Group for cars) or even fuel cells (Symbio, Arkema).

“Being part of this program allows us to go faster,” insists David Holderbach, CEO of the Hyvia company, which produces hydrogen-powered light commercial vehicles. We were born in June 2021 and we have our first car approved 15 months later. Without these aids, we might need three years to produce a car…”

The Renault subsidiary will concentrate its investments in the Flins plant (Yvelines) where it intends to multiply its production of fuel cells tenfold (currently around 1,000 a year), start up charging stations and install an electrolyser to test these equipment from 2023. The enthusiasm is the same on the part of the Elogen company, which will build a factory in Vendôme (Loir-et-Cher) in which it will produce from 2025 “batteries”, the heart of electrolysers. “In addition to the partial funding of the new site, the PIIEC will also help us accelerate our R&D to develop tomorrow’s high-power cell-based electrolyzers,” explains CEO Jean-Baptiste Choimet. 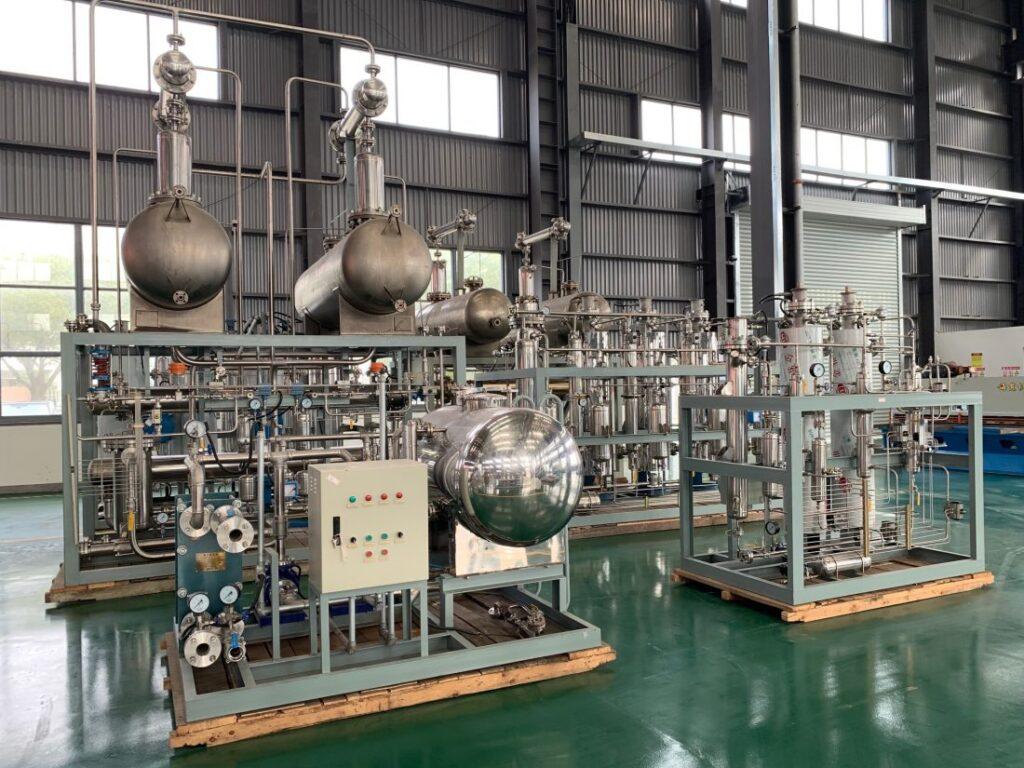 One of the strengths of the French hydrogen sector is its ability to stimulate synergy among all its players, regardless of their size. Thus, most of the Hy2Tech winners are large companies or structures that appear in large groups, but some are simple SMEs like Elogen or McPhy that will develop new generation alkaline electrolysers near Belfort.

Above all, associations are forged among the winners themselves. For example, Symbio placed a large order with Elogen for an electrolyser that produces one tonne of hydrogen per day and which will be installed at its new site in Saint Fons (Rhône). Furthermore, the tanks used by Hyvia are supplied by Faurecia and the company also plans to work with Plastic Omnium, which has chosen Oise to build a hydrogen tank factory. “We are developing an ecosystem,” summarizes David Holderbach, who has also started discussions with suppliers with a view to partnerships around the fuel cell.

“All the hydrogen players talk to each other very openly, while in the automotive sector there is much less collaboration, says the CEO of Hyvia. We may be competitors in certain aspects, but we talk anyway because we may have an interest in buying raw material or compressors together to improve quality and reduce costs”.

The sector is also upping the ante throughHy2Use“, a second PIIEC that should make it possible to stimulate the supply of renewable energy while still 90% of hydrogen is produced from fossil fuels. This PIIEC has dedicated in particular two large-scale French projects led by major players in the world of energy or gas. The first is called Air Liquide Normand’Hy, which stems from a partnership with Siemens Energy and aims to build a 200-megawatt electrolyser in the Port-Jérôme industrial area. The second, dubbed Masshylia, is just as impressive and is run by TotalEnergies and Engie. It will consist of a fleet of photovoltaic panels of around one hundred megawatts accompanied by a 40 megawatt electrolyser. 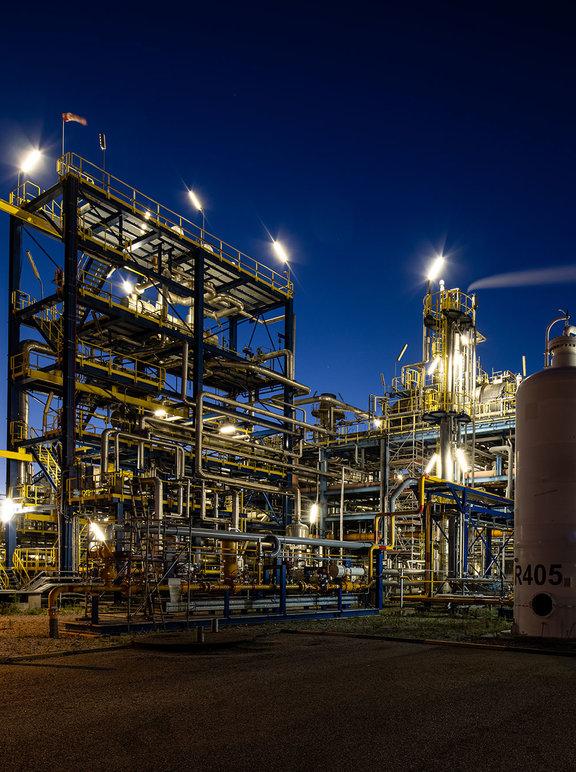 “”It is necessary to pull the entire chain”

While delighted by this significant acceleration, the vast majority of French hydrogen players agree that it remains focused on production, upstream. “One important thing is missing: it is support for uses, underlines Philippe Boucly. When you are a municipality or a transporter, they tell us that we pollute a lot, but a hydrogen bus costs twice as much as a model that runs on diesel. It is the same for hydrogen LCVs, which are three to a quarter times more expensive than gasoline vehicles, even if bonuses are given.

“It is the entire chain that must be pulled, supports the president of France Hydrogène. It is at the downstream level that we should subsidize more because if we pull from the uses, we pull from all the manufacturers.“

An observation that can be noted within Jean-Baptiste Choimet himself: “Today, what is delicate in hydrogen is that we have people who want to produce hydrogen with electrolysers but do not take the step because the volumes are not available, the costs they are high and, on the other hand, there are upstream companies like ours that lack outlets and also face significant costs, a way of encouraging manufacturers to take the plunge even if the hydrogen market is not yet developed.”

France invests to be leader in decarbonised hydrogen. Symbio will invest €1 billion in France to accelerate its roadmap and achieve a leading position in fuel cell technology. Symbio, the joint-venture between Faurecia and Michelin, has unveiled the scale of its Hymotive transformation project, which will entail a total investment in France of €1 billion by 2028. Hymotive will multiply Symbio’s capabilities in two phases. In its first phase, Hymotive will accelerate the industrialization and mass production of its fuel cell systems at its gigafactory under construction in Saint-Fons, called SymphonHy. This plant will be one of the largest production sites for fuel cell systems in Europe, with a total production capacity of 50,000 systems per year. Its production should start in the second half of 2023 to support its customers, and more particularly Stellantis in its pioneering ambition to produce up to 10,000 hydrogen vehicles by 2024, in line with its Dare Forward 2030 strategic plan. This flagship venue will house the group, headquarters, R&D center, Symbio Hydrogen Academy, as well as a start-up incubator focused on zero-emission hydrogen solutions.

In its second phase, Hymotive will develop and industrialize a new generation of innovative fuel cell systems, based on cutting-edge technology. This will have the effect of increasing the performance of the Symbio StackPack®, while drastically reducing the unit cost. A second Gigafactory, in France, will bring Symbio’s total production capacity to 100,000 StackPacks® per year by 2028. A breakthrough that will increase the competitiveness and performance of fuel cell technology, thus promoting fast clean hydrogen mobility and overall.

Lhyfe, one of the pioneers in the production of green and renewable hydrogen, inaugurated its offshore renewable green hydrogen production demonstrator on September 23 in Saint-Nazaire. It will be the first time that hydrogen will be produced in the sea. The “Sealhyfe” platform is starting an 18-month experimentation period, at the quay and then off Le Croisic, at the sea trial site (SEM-REV) operated by Centrale Nantes, to pave the way towards a new paradigm energy expected around the world.

The production of hydrogen from offshore wind could allow all countries with coastlines to access renewable green hydrogen produced locally, beyond the horizon line, in industrial quantities, to decarbonise mobility and industry. To prove that it is possible, Lhyfe takes on the challenge of going offshore.

E&M Combustión, engineering company dedicated to the development of innovative Combustion Technologies, presented the development of a prototype of a specific hydrogen burner for this fuel for the industrial sector within the framework of the Expobiomasa 2021 fair, held from September 21 to 23.

The objective of this hydrogen burner prototype is aimed at converting thermal installations and boiler rooms of industries and buildings into sustainable ones, allowing their decarbonization and the reduction of emissions. As one of the main protagonists of the energy transition, burners that use hydrogen represent an evolution of traditional combustion systems and make it possible to achieve higher energy efficiency with combustion that eliminates all CO2 emissions into the atmosphere. Even in the case of its use together with other fuels, such as natural gas (mixed or multi-fuel burners), it considerably reduces the emission of these greenhouse gases.