Egypt authorizes the production of green hydrogen by several large energy groups: these energy groups will invest 10 billion dollars in Green Hydrogen before 2030 in the economic zone of the Suez Canal. Egypt wants to become the main hub for the production of green hydrogen and its derivatives in Africa, and to achieve this, it plans to launch a national hydrogen plan of 40,000 million dollars in the coming months.

Among the companies that are currently positioning themselves in the Egyptian market is Norway’s Scatec, which has joined forces with Orascom Construction PLC and Fertiglobe. For its part, the Emirati energy company AMEA Power wants to develop a green hydrogen project in the economic zone of the Suez Canal in two phases. The first phase refers to a capacity of 240,000 tons of green hydrogen per year by 2026, and 390,000 tons per year in the second phase. For its part, EDF Renouvelables, the subsidiary of the Électricité de France (EDF) group, wants to produce 350,000 tons of hydrogen and green ammonia per year in the coming years. 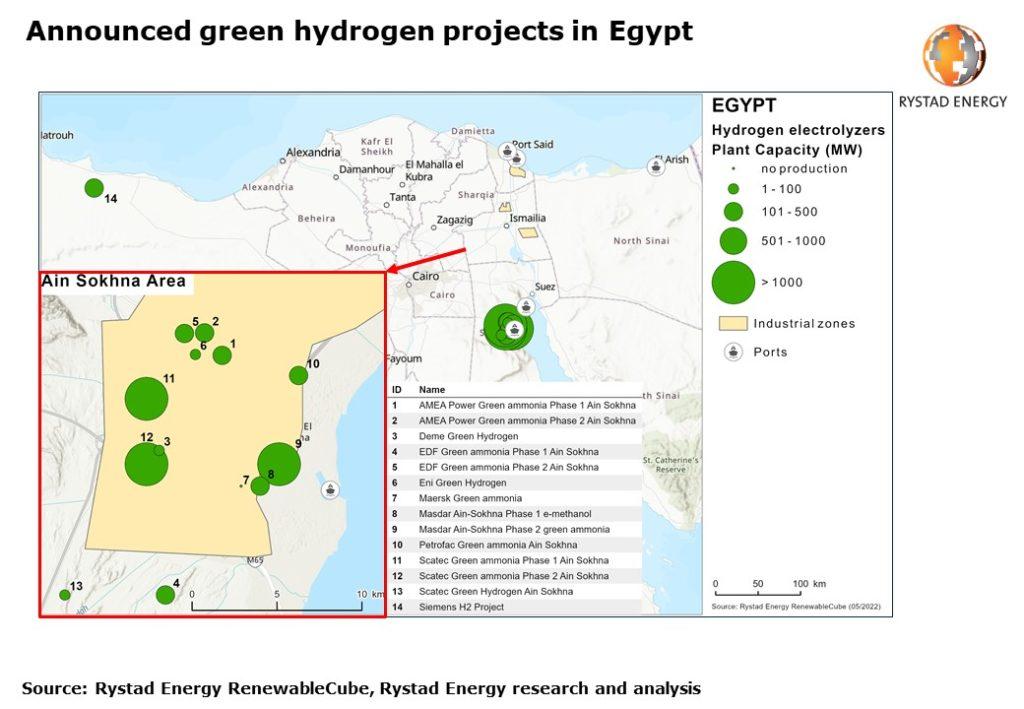 Egypt wants to become the main center for the production of green hydrogen and its derivatives in Africa. And the very strong political will shown in Cairo is already bearing fruit. The enthusiasm of international investors for this North African country is proof of this. In just a few months, the government has already signed agreements for investments for 10,000 million dollars. This is a great step forward at a time when hydrogen is presented as one of the main solutions for decarbonisation in various sectors of the world economy.

These investors were soon joined by EDF Renouvelables, the subsidiary of the Électricité de France (EDF) group, which wants to produce 350,000 tons of hydrogen and green ammonia per year in the coming years, together with ZeroWaste, a project developer based in the United Arab Emirates. Its compatriot Total Eren, the subsidiary of the TotalEnergies group, has also obtained approval from the General Authority of the Suez Canal Economic Zone (SCZone), the Sovereign Fund of Egypt (TSFE), the Egyptian Electricity Transmission Company ( EETC) and the New and Renewable Energy Authority (NREA) for a green hydrogen and ammonia project in the Gulf of Suez.

In addition to producing green ammonia, the UAE’s Masdar and Egypt’s Hassan Allam Utilities also want to export e-methanol, a fuel for ships. The two partners plan to develop 4,000 MW of clean electricity conversion capacity. “All the companies are currently carrying out detailed feasibility studies of the projects to sign and announce the contracts, on the occasion of the celebration of the COP27 in Egypt in 2023”, According to SCZone.

Investing companies are mainly attracted by a favorable political environment, but above all by Egypt’s potential for renewable energy. With an installed capacity of almost 60,000 MW in 2020, Egypt is accelerating the decarbonization of its electricity sector, focusing primarily on solar and wind power. The North African country already has the largest solar park on the African continent.

A number of projects announced in Egypt over the past three months have attracted foreign developers, highlighting the potential of the country just as Egypt prepares to host COP27 in 2023. The interest shown by international developers in Egypt is due to Some favorable factors include the country’s location, natural gas infrastructure, liquefaction facilities, fuel supply market, and seaports, as well as its high solar and wind potential. In addition, Egypt is also close to markets such as the European Union and the Middle East, regions that will see a huge demand for hydrogen in the coming years.

Not only does Egypt authorize green hydrogen production by large energy groups, the government plans to launch a $40 billion national hydrogen plan in the coming months, recognizing the importance of green hydrogen production, storage, and export/import. and ammonia under its economic development strategy, which will allow state support and tax incentives. To boost the projects, the process of establishing, operating and managing hydrogen projects has been simplified, requiring a single permit, which means less bureaucratic paperwork. Additional incentives could include special custom export/import points, utility connection costs that are passed through to the state, reimbursement of 50% of land allocation costs (provided the project starts production within two years) and other non-fiscal incentives.

“Egypt has all the prerequisites to become a green hydrogen giant: fantastic renewable potential, space for mega projects and construction experience. The 40 billion in investments planned by the Egyptian government show commitment and will attract more foreign investment. Located between three continents and with the Suez Canal transporting approximately 12% of all the world’s maritime cargo, Egypt can supply renewable energy near and far. The domestic market will also benefit as the Egyptian agricultural sector can aspire to be one of the greenest when it comes to fertilizer use,” according to Minh Khoi Le, director of hydrogen at Rystad Energy. 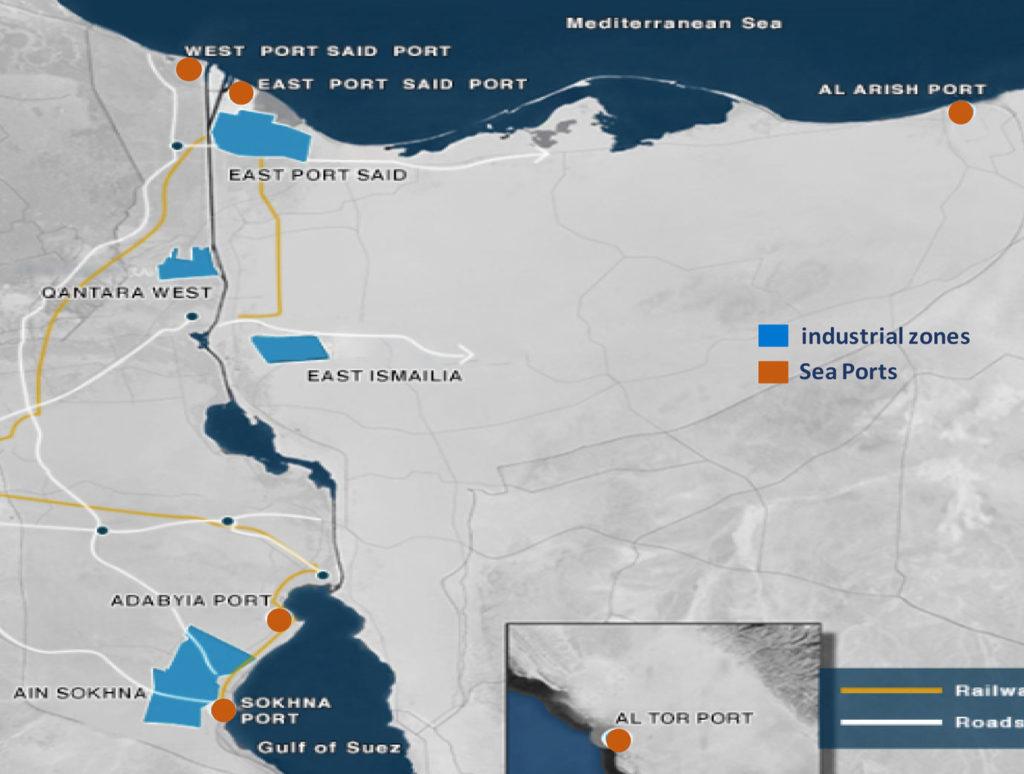 Major projects reported this year include French utility EDF and ZeroWaste, a UAE-based project developer, which have signed an MoU with the Suez Canal Economic Zone (SCZONE) to produce 350,000 tonnes of green fuel by year in the Ain Sokhna region for ships, boats, and oil tankers that cross the Suez Canal, with an investment of 3,000 million dollars. The first phase of the project will produce 140,000 tons of green ammonia using about 25,000 tons of green hydrogen from desalinated seawater and renewable energy as feedstock. Commissioning is scheduled for the first quarter of 2026. Afterwards, the capacity will gradually increase to 350,000 tons of green ammonia production per year.

For its part, AMEA Power, a subsidiary of Al Nowais Group, also signed a memorandum of understanding with SCZONE to produce 390,000 tons of green ammonia per year in Ain Sokhna for export purposes.

Another project in this country comes from the Danish shipping company Maersk, which intends to implement the first phase of hydrogen projects in Egypt until 2030, with investments amounting to 4.7 billion dollars.

Almost 80% of the green hydrogen projects announced in Egypt are planned for SCZONE, a global logistics hub that aims to connect Europe, Africa and Asia through the Arabian Gulf and is responsible for 20% of international container trade and the 10% of maritime transport. The Air Sokhna region of the hub enjoys the proximity of a seawater desalination plant (150,000 m3/day), a sewage treatment plant (35,000 m3/day) and fueling facilities such as ammonia (80,000 tons), which make it very suitable for trading hydrogen and its derivatives. The seven projects announced for the region in the last three months have a combined capacity of 10.76 GW, which means a production of more than 1.5 million tons of green hydrogen.