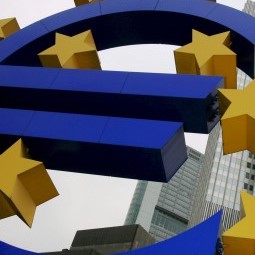 These last eight years have been tough in the economic life of the Eurozone. Making a brief review of the chronology of events without trying to make an economic analysis I will try to explain how events have evolved throughout these times (1).

In 2007 the housing bubble exploded in the US with the subprime mortgage crisis and stock markets fell. Spain’s socialist government was trying to convey tranquility  by sending messages of confidence about the economic position of the country and claiming that would not be affected by the storm coming from across the Atlantic.

Nothing is further from reality, with an economy based on housing construction and pharaonic public works to the glory of the local government , the closing of the tap of credits produced some panic, falling dominoes did not wait and economic structure collapsed like a house of cards.

The timid attempts by the government did not serve to stop what was described as slowing of the economy, which was a vain attempt to revive the economy by squandering of the scarce liquidity available. They spent a total of 3000 million euros (2) in works of little use. I remember the sign in one of the parks in my neighborhood announcing trumpeted the construction of a bike path of around 50 meters long that is going exactly from nowhere to nowhere.

At that time we learnt an unfamiliar term for most people : risk premium. The risk premium of a country, also called country risk or sovereign risk, is the differential with respect to what Germany pays when a country goes to the markets for financing. In the case of Spain is the difference between the Spanish bond yields and German 10-year bond (3). In short, if an investor does not have confidence in the credit worthiness of a country assumes greater risk in buying bonds that the country needs to finance itself, so it should offer an incentive, that is, higher profitability, the consequence is that the return of the “loan” will have a growing interest.

Who decides the level of confidence? Here comes another agent we met in those days, rating agencies (Moody’s, Standard and Poors, …) which evaluate the ability to repay an investment by an applicant which may be a governmental entity (State, Regional Goverment, Town Hall , a financial institution, or even a private entity). They are based on different econometric parameters to give a rating ranging from AAA to economies with extremely high payment capacity, to D indicating bankruptcy or receivership (4). Currently Spain, according to Standard and Poors has a rating of BBB + which means it has a capacity to pay “adequate” with risks in the medium and long term. Which it is not too hopeful, but we were worse in 2012 with a rating of BBB- (5).

In the early years of this century the Spanish risk premium was equal with German, even negative, that is, you could borrow at rates lower than in Germany. Since January 2008 we witnessed the growth of the risk premium, the peak was obtained on 23/7/2012 that reached a value of 634.3 basis points (6), that is we had to promise a return of 6,343% more than Germany offered to finance. Today (01/07/2016) we are in a value of 120 basis points (7).

That summer the specter of intervention hanging over our heads, because if a country is unable to finance itself on the financial markets is not able to meet their payments, so-called Troika, consisting of the IMF (International Monetary Fund) the ECB (European Central Bank) and the European Commission, provides liquidity in exchange to impose measures to ensure payment of the debt and that results in significant austerity measures to reduce public spending in the country.

Spain and Italy were on the limit but managed to evade the full redemption, not partial in the case of Spain as discussed below. Such a rescue would have unpredictable consequences for the whole of Europe by the size of their economies. Other countries were not so lucky and in April 2010 Greece received a first rescue with a loan of 30,000 million; in November 2010 Ireland received 67,500 million; in May 2011 Portugal has to be rescued with 78,000 million euros. And finally Cyprus had to be rescued in March 2013 with 10,000 million euros (8).

These four countries paid the consequences of the assault of markets that began back in 2009 with Ireland. And that has also affected other European countries which had to implement policies to cut public budgets. This special obsession in controlling the public deficit resulted in Spain in August 2011 in a fast reform of Article 135 of the Constitution made by the suggestion of Angela Merkel and Nicolas Sarkozy. This was to ensure budgetary stability in the Basic Law (9). Those were the days when France and Germany marked the rhythm of the dance steps in Europe. The joy did not last much in the french neighbour who in late 2012 entered into recession (10). Shortly after  the turn of Italy or Portugal came.

While fighting with the crisis of sovereign debt, another front was opened in the banking sector in June 2012 that obliged the Economy Minister Luis de Guindos to request and obtain a credit of 100,000 million euros to clean up the Spanish financial system and particularly the crisis caused by Bankia (11).

In these years we have witnessed the dismantling of the welfare state since the so-called economic austerity measures had as a result the cut in budgets: health, education, R & D + i, Civil Service and Public Employment, Social Assistance, Culture, pensions, Utilities, …

While all this was happening, drunkenness in which the money flowed and anyone could play as a real estate speculator gave way to a spectacular hangover that we will see when we will recover. All seasoned with a big ammount of corruption cases that in a context of abundance could be seen with complaiance but which never ceased to be outrageous. The list of cases is quite long and democratic as they affect to all parties which have responsibilities of government in different fields. As an example:

Especially terrible is the case of called black cards of Caja Madrid and Bankia a result of which two ex-presidents and 64 executives of the entity were accused of spending between 2003 and 2012 of 15,5 millions of euros  in personal expenses when the means of payment was designed for entertainment expenses of such entities (15). Recall that had to be rescued in 2012 with over 20,000 million of public money.

These are the circumstances in which we live. The personal consequences have been dramatic in many cases (job losses, evictions, emigration, …) and in general, we have all been affected (loss of rights, purchasing power, …). The loss of confidence in the system has led to question our model of society. The changes will continue and the outcome is uncertain. We know where we come from, that the road has been hard but do not know where it leads us.

How to grow in those uncertain days? E & M Combustion

I think I was aware of the seriousness of the situation in March 2008. The crisis had arrived and came to stay. It was going to be longer and tougher than they wanted to make us believe. The first symptom was the decline in sales of low-power burners, usual of the small installer.  Such a product is not strategic in the company itself but contributes to have a steady income that allowed face daily expenses. On the other hand, it was also beginning to perceive a decrease in investment by domestic firms mainly due to two factors: the lack of credits and uncertainty.

The commitment to internationalization and a global market would be the footholds in which E & M Combustion would base its growth even in the hardest times. It is clear that it is not easy to open market from one day to the other and that this is an arduous task in which you have to invest time and money. Moreover, each country has its own characteristics and culture which is a handicap and requires a process of adaptation. Since not all countries have been affected in the same way, the key was to find those emerging markets that are willing to buy and which had already made a previous work.

This process culminated in 2010 with the sales office in China, that during this time will be an important part in the growth of E & M Combustion.

In the end it appears that internationalization is the way, and the proof is that most of the projects in which we cooperate are investments outside the European Union which it is indicative that companies positioned in the international market have been able to better withstand the impact of the crisis.

Another factor has been the control of expenditure, which does not mean that we have not invested in personnel and equipments but that we have been careful and cautious in the decisions of future. As we watched that some suppliers of goods and services could be forced to close, E & M decided to perform work that until then came from outsourcing and which would provide us with more autonomy and more control over deadlines and quality standards required. Hence the surface dedicated to the manufacture was increased and the steel works department was formed with the acquisition of laser cutting machine, bending machine and equipment to carry out welding work of art be expanded. The workforce grows with a team of five welders and technician in charge of the cutting machine.

Another difficult problem has been the purchasing management, E & M requires suppliers with a good knowledge of their equipments and the application in the field of combustion, the technical component is fundamental. In this area E & M puts all means to get the equipment and materials of the highest quality at the best price. In that regard and since its founding E & M relies on international suppliers to get it, even though we have a preference for local companies and small manufacturers.

Finally, the goal is profitability, this makes it possible to respond to the demand of our customers and we can continue to invest in improving our equipments so that E & M tries to ensure the operations carried out by credit insurance. Trying to minimize the máximum the un payments.

It is often said that the time of crisis is a time of opportunities, what is clear is that the hard times take their toll and we all tried not to be among them. At this point we try to do things in the best way to keep fighting. This is our small contribution in achieving a better future.