E & M Combustion has supplied two industrial burners for the new Enerco RPO Internasional rubber oil refinery, a subsidiary of Enerco Chemical based in Singapore, which it has been built in Indonesia. E&M Combustion´ equipment will be integrated into the manufacturing process of this plant, which will become the largest in Asia in the processing of rubber oil “respectful” with the environment for the manufacture of tires. 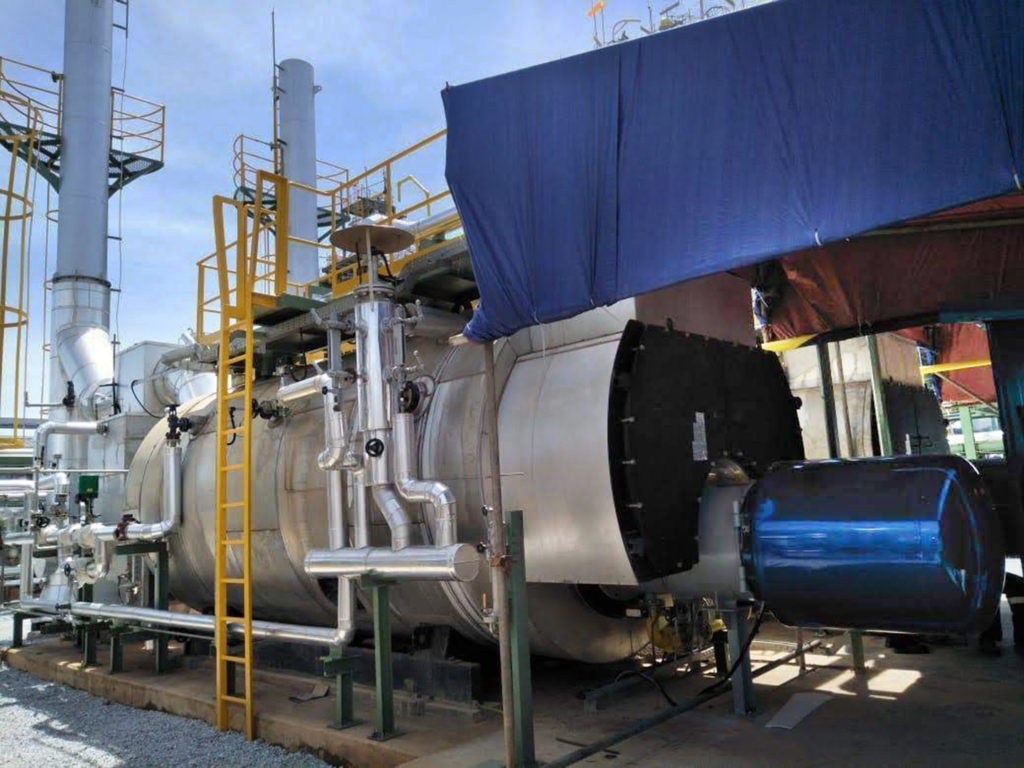 The new rubber process oil refinery has recently been launched in Batam, Riau Islands of Indonesia, close to Singapore. The initiative is the result of the signing of the agreement between Enerco and the Batam Indonesia Free Zone Authority (BP Batam) formalized just over two years ago.

In this plant of rubber process oil, E & M Combustion has been commissioned to supply two industrial burners JBM 8500G, with Low NOx emissions, which will operate together with two boilers of 7 tons, and 15.5 bar of pressure, provided by Erensan, and equipped with a superheater. For its part, the company Integral Combustion Solutions XXI has started up the plant’s combustion plant.

BP Batam, the state agency recently established and in charge of managing and developing industrial areas in the island, has promoted the construction in a short period of time of this Enerco rubber refinery plant in the region, with a total investment of 88 millions of euros.

The facility will have an annual production capacity of more than 100,000 tons of processed distillate aromatic extract (TDAE) rubber oil, through technology owned by national private companies associated with state-owned companies.

According to sources from the Indonesian company, the rubber oil refinery will become the largest in Asia with regard to the production of processed rubber oil that is environmentally friendly, which is one of the raw materials used in the process of manufacture of tires according to international standards.

The demand for high quality tires that use new types of synthetic rubber has increased due to global regulations that restrict tires that are manufactured with hazardous materials.

Enerco had announced that it would work with European engineering and manufacturing companies to build the facility. The company has also announced that it will partner with Exxon Mobil, based in the US. UU., to support the raw material supplies of Singapore. Likewise, it has signed an association agreement for the marketing and distribution abroad of rubber oil products with Sumitomo Corporation Asia and Oceania Pte. Limitado.

Batam is an island and municipality in the Riau Islands, near Singapore. It has a population of over one million people. Batam is the third largest city in Sumatra, after Medan in North Sumatra and Palembang in South Sumatra.

E & M Combustion is a combustion engineering company created in 2004, located in the Spanish polygon of Bildosola (Artea). It is specialized in the development of innovative technologies that add value to industrial projects. Its equipment registers low polluting emissions and is adapted to the needs of its customers, thus allowing greater energy efficiency. The company works mainly in the energy, petrochemical, oil and gas and food and beverage industries. E & M Combustion is present with its equipment implanted in more than 30 countries and destines more than 70% of its production for export.