Korea: Hydrogen steel’ is hailed as next big thing, but challenges remain

South Korea, Hydrogen Steel to decarbonize the Steel Industry. Korean company Posco, the world’s No. 6 steelmaker, aims to go carbon neutral with hydrogen-based steel, but challenges remain. Despite not being the main polluting industry, due to its enormous production capacity, steel is responsible for approximately 8 percent of the world’s carbon emissions and is accused of being the main polluting sector that raises the planet’s temperature .

Last year, South Korean steelmaker Posco was the country’s biggest carbon emitter for the year. It dumped more carbon than regulations allowed, and even racked up 78.6 billion won ($ 66.4 million) of debt for not meeting the cap. Faced with this situation, the company has committed to a massive 40 trillion won investment to overhaul its entire coal-built infrastructure and migrate to hydrogen-based green steel by 2050.

In an interview with The Korea Herald, Cho Ju-ik, director of the hydrogen business at Posco, underscored the need for the transition, but acknowledged the key challenges ahead. “For decades, steel mills have used blast furnaces. This method required coal and carbon emissions were unavoidable. For steel producers, carbon neutrality implies a complete transition to a completely new and different production method, and those who stick to the conventional way and don’t follow the trend will become a thing of the past, ”Cho said at the time. 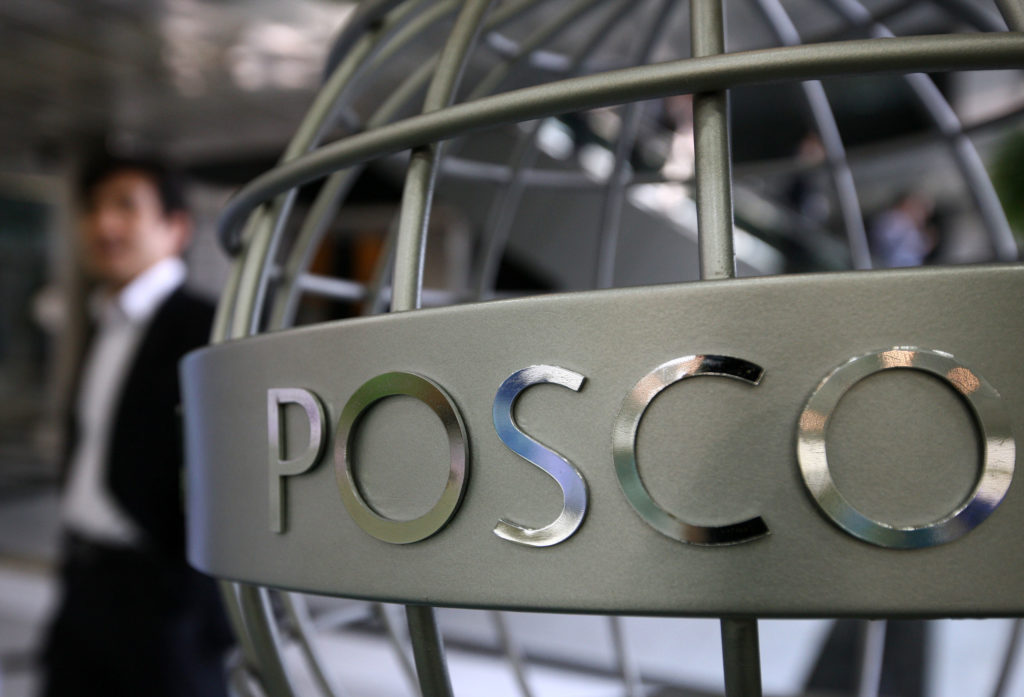 70% of the world’s steel, produced in blast furnaces

Currently, 70 percent of the world’s steel is produced in blast furnaces. At the bottom of the furnaces, coal is burned to raise the temperature and generate carbon monoxide. When carbon monoxide meets iron ore, oxygen is removed and metallic iron is born. This carbon-driven process is carbon intensive. The idea is to replace carbon monoxide with hydrogen, which can also react with iron ore and remove oxygen, generating water as a by-product instead of carbon.

The price of hydrogen, a key factor

The problem is that Korea has unfavorable natural conditions to produce clean hydrogen and has to import it from abroad. Compared to European competitors, who can obtain clean hydrogen locally thanks to abundant renewable energy, Posco could find itself at a disadvantage in terms of price competitiveness. “In Korea, the price of renewable energy is expensive, so the price of clean hydrogen is also expensive. We have no choice but to obtain (clean) hydrogen from abroad. This could undermine the price competitiveness of Korean steel products on the world market, ”he said.

The Posco official expects green hydrogen, in particular, to become the main source in the future. Invisible gas gets the color code green when it is produced by breaking down water into hydrogen and oxygen using electricity generated from renewable energy and therefore emits no carbon. Without green hydrogen, hydrogen-based steel cannot become really clean.

When Posco’s hydrogen-based steelmaking technology is fully commercialized in 2050, the company will need 3.7 million metric tons of green hydrogen. To ensure a stable supply of green hydrogen at an economical price, Posco plans to establish production bases abroad where solar and wind power abound. To do this, “Posco will establish production bases (green hydrogen) in Australia, India, the Middle East and Southeast Asia. The hydrogen (green) will be imported in the form of liquid ammonia, and Posco will establish terminals in Pohang, north Gyeongsang province, and Gwangyang, south Jeolla province. In addition, we are reviewing additional terminals on the east and west coasts to supply hydrogen (green) to other industries, ”said Cho.

Past October, the Posco steelmaker announced that it had succeeded in producing specialty steel tubes for hydrogen transportation locally and will supply them for the first time to the city of Ansan, in the Orean province of Gyeonggi. Until now, South Korea has relied on imported small-gauge seamless steel tubes with a width of about 15 centimeters for the transport of hydrogen.

Larger pipes, up to 20 centimeters wide, are needed, however, to transport the large volume of hydrogen transfer needed in hydrogen test-bed cities like Ansan. Imported products with welded parts have always been used on a limited basis for safety challenges, Posco explained. Posco’s new products are produced to overcome safety challenges, which can withstand temperatures down to minus 45 degrees Celsius and have a wider diameter, the steelmaker said.

Ansan was designated as a hydrogen test bed by the Ministry of Transport in 2019, according to Posco. The southern cities of Ulsan, as well as Jeonju and Wanju in North Jeolla province, have also been chosen by the ministry for pilot projects aiming to adopt hydrogen to power habitable facilities and public transportation there