Burners for fluid heating applications in ONGC’s Nandasan field. E&M Combustion participates in the new oil and gas production facilities in the Nandasan field, in India, belonging to the state-owned company ONGC, with the design and manufacture of burners for fluid heating applications and the consequent improvement of the exploitation, such as the IDBH, Heater Treater and Hot Oil Circulation Units (HOU). Thus,Spanish engineering company has developed combustion technologies designed to boost production in this field of up to 700 m3/day of crude oil and around 0.29 mmscmd of gas, according to the objectives of the oil company. 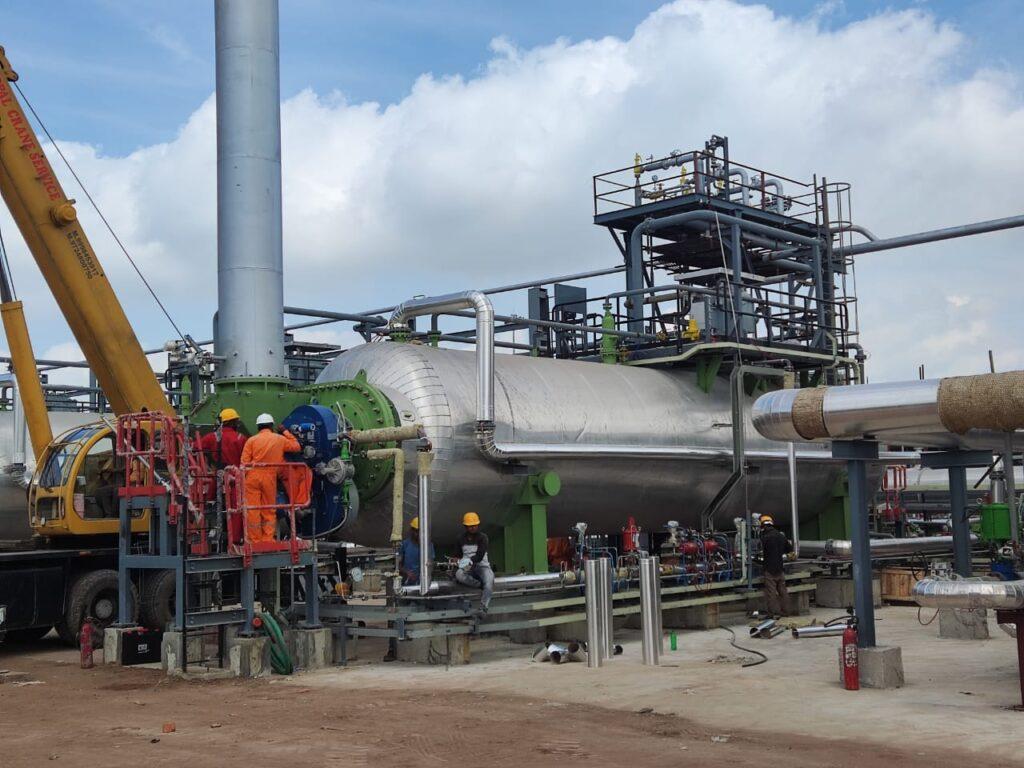 ONGC is currently in the midst of an extensive field upgrade and expansion program, drilling 12 new oil-producing wells and 3 water injection wells at this western India location.

E&M Combustión, a Spanish engineering company specializing in combustion technologies, has been in charge of designing and manufacturing the combustion equipment for the relaunch of crude oil and gas production in this old well. The company has been awarded the supply of specific industrial burners for indirect fluid heating applications, known as Indirect Bath Heater (IDBH). These systems are responsible for the uniform heating of highly viscous oil, with which it is possible to reduce the pumping pressure and increase its efficiency.

The E&M Combustion burners will also operate in the aforementioned facilities in the oil and gas thermal treatment process, called Heater Treater, used for the separation of fluids and gases in these transportation applications in the oil and gas midstream sector. The function of this equipment is to remove the water molecules from the well current, before they enter the pipeline for transport to the refinery where the process is carried out.

The equipment provided by E&M Combustión will also operate the Hot Oil Circulation Units of the aforementioned project, where it is expected that they will be used to remove water and paraffin from heavy crude oil which, in the event of low temperatures, they could clog pipes and flow lines, impeding production. 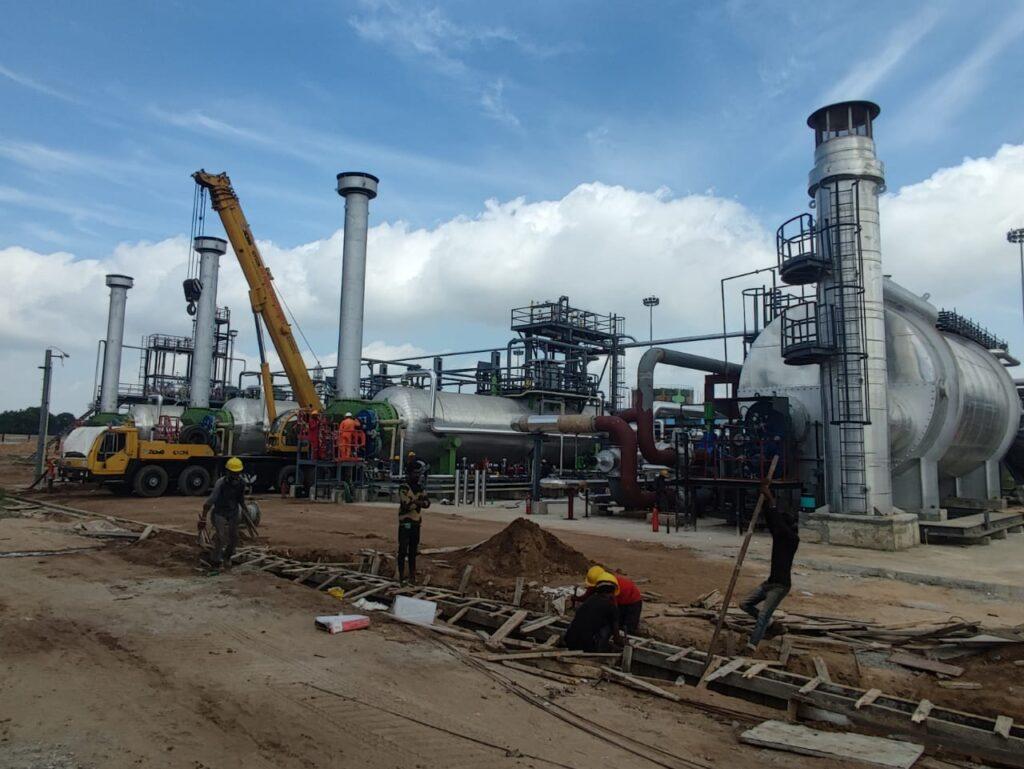 Nandasan field, located in Mehsana, in the north of the state of Gujarat, was discovered in 1976, which makes it an “old field”, in which production has been progressively declining. In this context, the state-owned company ONGC decided to undertake the relaunch and modernization plan that entails the drilling of 12 production wells and 3 water injection wells. The program will boost maximum production to 700 m3/day of crude oil and around 0.29 mmscmd of gas from current figures of 575 m3/day of crude oil and 0.15 mmscmd of gas.

The investment undertaken by ONGC in the improvement and modernization program consists of the development of new production facilities. The current Nandasan field extraction facility has been in operation for the past 28 years and does not have any emulsion treatment or effluent treatment facilities. For that reason, the fluid extracted until now had to be transferred to the North Kali CTAF for the separation of oil and water, to purify the water in subsequent phases.

Under this program, the fluid from the Nandasan field, along with that from Langhnaj EPS, will be processed at the new surface production facilities at Nandasan itself, and the treated oil will be transported to North Kadi CTF.

The facilities include the new system for the joint processing of oil and gas, as well as gas compression and dehydration units, the effluent treatment plant and a water injection plant. In this way, the Nandasan system is strengthened with well fluid treatment facilities that allow the separation of gas and oil from the field, which will also treat the fluids sent from Langhnaj EPS. 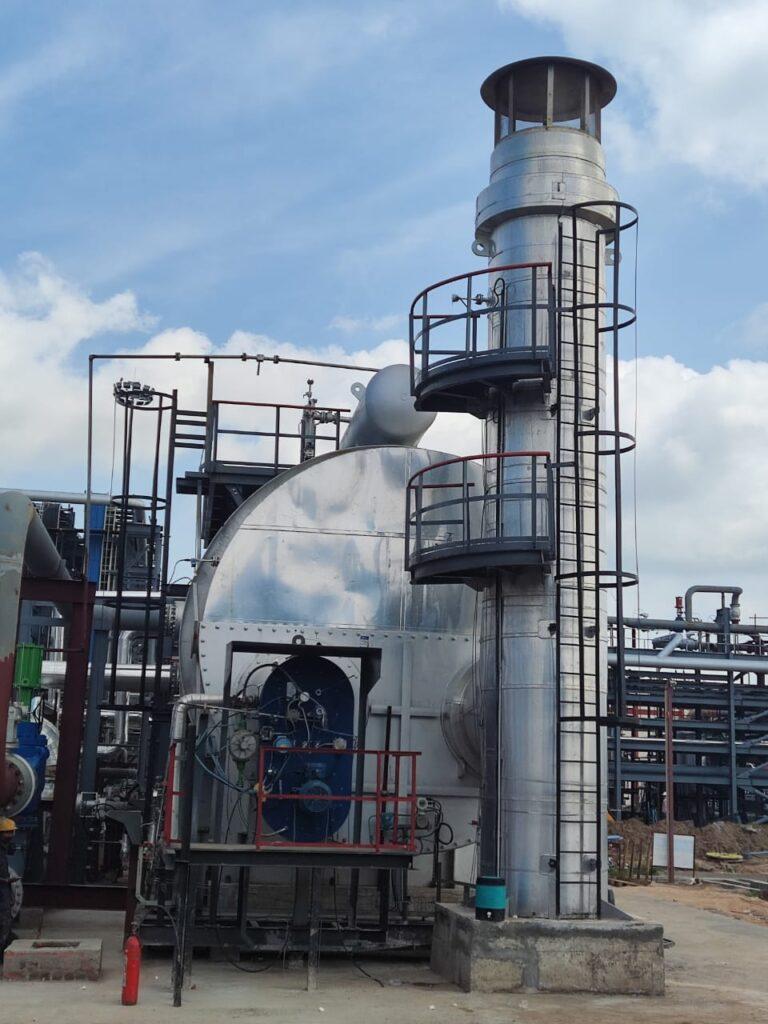 E&M Combustión is focused on offering unique customized burner solutions for agents responsible for process packages. The company has previously participated in other oil fields in this state of Gujarat.

The burners supplied by the company are equipment designed to optimize the production capacity of the field, according to the ATEX Directive, ATmosphere EXplosive, corresponding to places where the explosive atmosphere is a mixture of air and dangerous substances in the form of gases or mist. All the combustion equipment is made to measure, meeting the requirements demanded for the operation of each burner.